The story of the harm to users of Proton Pump Inhibitors (PPIs) has been hidden in medical journals for decades. It remained a secret until an article gained much needed attention in April 2016.

First, the drugs at issue include both prescription and over-the-counter medicine such as Nexium®, Prevacid®, Prilosec®, Protonix® or Aciphex®. PPIs are used to treat heart burn, acid reflux and ulcers.

The article titled, “PPIs and Kidney Injury: Longer Use Tied to Higher Risk”, Medscape, April 14, 2016. For the study researchers analyzed data from the Veterans Administration and identified 173,321 new users of PPI and 20,270 new users of H2 blocker. H2 blockers are drugs such as Tagemet®, Pepcid® or Zantax®. Both classes of drugs are used from the same medical issue. The study revealed that over the course of 5 years that patients who were prescribed PPI were 22% more likely to have a drop in their glomerular filtration rate than users of H2 blockers. In addition, users of PPI, such as Nexium, Prevacid or Prilosec were 28% more likely to develop chronic kidney disease than users of H2 blockers.

Another paper published in the American Society of Nephrology, “PPI’s and kidney disease: from AIN to CKD”, concluded that PPIs are now a common cause of drug induced AIN (acute interstitial nephritis leading to gradually progressing kidney failure.

As early as 1992, articles began questioning the safety of PPIs. Case studies and articles were written yearly. So why did the manufacturers of PPIs fail to tell users and physicians of the risk of kidney failurewith PPI use. This is the key question of PPI lawsuits. 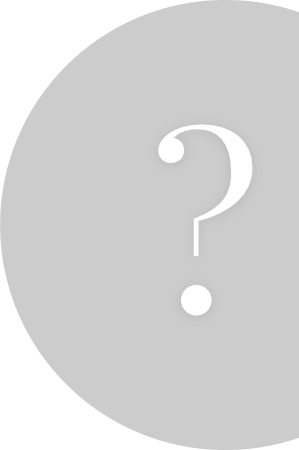 PPI lawsuits require a great deal of individual analysis on the part of the law firm. Initially, an attorney must identify whether the case involves branded prescription medicine or generic prescription medicine. If an injured person used generic medication then under Pilva, Inc. Mesing, you cannot bring a lawsuit as the claim is pre-empted.

Also, the type of kidney damage and when the injury was diagnosed are substantial factors in the analysis of the case as well as when the first symptoms appeared.

It is estimate that 15 million Americans use PPIs and these drugs have been on the market since 1989. There are many injuries and there will be thousands of cases filed. The PPI litigation will be treated as a mass tort and ultimately multidistrict litigation will follow.

A mass tort case allows individual claims to be pooled together for discovery of common facts that can be used by all claimants against the defendants. This can be beneficial as it reduces the cost of a lawsuit. However, there are disadvantages if you do not select the right law firm for your individual case.

Personal Attention: We offer each client personal attention and the respect they deserve. If you select us to represent you, we will work hard and do the best we can for you. We make no promises other than the one of hard work for you.

Only a few – We are exclusive!

Many firms accept as many clients as possible. We do not. We select only a few. Some say we are exclusive. We say is just how legal services should be delivered to the client. In mass tort litigation, such as the testosterone litigation, you really need individual attention because the cases are extremely complicated. Ask your-self, how a law firm can give my case the time it deserves when they have accepted thousands of similar cases. Don’t accept less. Be one of the few. You are not a commodity.

Choosing a lawyer is difficult and clients have to make decisions with imperfect information. In our experience the best safety-net for a client is to talk to us. Our conversations are informative, valuable and meaningful. Our conversations with our clients serve as the basis of a lasting working relationship.

How we get paid

We work on a contingent fee just like Abraham Lincoln did. This means we have to be successful for you to get paid.

Have you got a Question?