Roche Receives Approval in Europe for Actemra Sales, Even as U.S. Actemra Lawsuits Forge On

Actemra Lawsuits: Reuters reports Swiss drugmaker Roche acquired approval for European distribution of Actemra, a medication prescribed for treatment of giant cell arteritis (GCA) and rheumatioid arthritis. The news is troubling as we in the U.S. continue to grapple with Actemra injury lawsuits and wrongful death lawsuits wherein plaintiffs allege the drug poses a heightened risk of stroke, heart attack, heart failure and other risks – dangers about which patients were never warned. 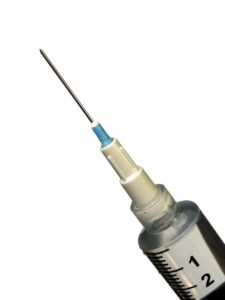 It’s important to point out a lot of the newer rheumatoid arthritis drugs carry warnings indicating the risk of heart failure, heart attack, struck, lung disease and more. What initially made Actemra so exciting was it didn’t come with any of those risks – or at least, that’s what consumers were led to believe, given the lack of warnings. As noted in a widely-cited investigation by STATNews.com, there exists solid evidence that the risk of serious side effects and complications is just as high – if not higher – for Actemra patients compared to those prescribed similar drugs.

Actemra goes by the generic name tocilizumab, and is classified as an immunosuppressive drug. It enjoyed a splashy introduction in 2010 and soon gained “blockbuster” status. It’s typically given to patients as an intravenous infusion (through the veins) every month, though some patients opt for a subcutaneous injection (under the skin) every week or every other week.

It’s technically classified as a “monoclonal antibody drug,” and the U.S. Food and Drug Administration gave manufacturer Roche the go-ahead to distribute and market the drug for autoimmune disorders, which include:

The drug reportedly generates some $1.6 billion in annual sales, a figure likely to spike considerably now that it is also approved for limited distribution in the EU.

As our Utah Actemra injury lawyers can explain, almost every drug or medical treatment carries some potential risk. Drug companies have a responsibility to to conduct diligent investigations of these potential risks (including thorough clinical trials) and then adequately convey this risk to consumers so that they can make informed choices about their health and treatments.

The STATNews report highlighted what appears to be a failure by the FDA and the manufacturer to adequately address some 13,500 adverse events submitted to the FDA that reportedly followed Acterma injections or infusions between 2010 and 2016. Among those reported events were 1,100 deaths. The FDA has indicated no direct cause has yet been established for those deaths.

One of those cases involved a 73-year-old patient who suffered a fatal brain bleed just two days after receiving Actemra intravenously, while another involved a 62-year-old woman who suffered a heart attack. Documents obtained by STAT via a Freedom of Information Act request indicated Roche determined these incidents were related to Actemra.

STAT analyzed more than 500,000 side effect reports on all rheumatoid arthritis drugs, concluding Actemra patients were at higher risk. But while other drug manufacturers have issued warnings regarding these risks, Actemra still does not.