Black box warnings, also referred to as “boxed warnings” are listed on drugs like Invokana® by the U.S. Food and Drug Administration to warn doctors, pharmacists and consumers about the potential for serious adverse reactions. It’s the most dire type of warning issued by the FDA, and is featured prominently on the label of the drugs to warn those who prescribe them of possible problems that may have profound negative consequences for users. 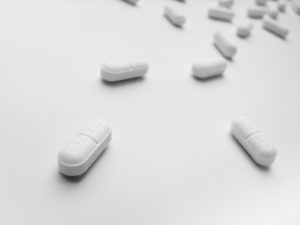 Although these warnings may be indicated at the time the drug is released, they often aren’t listed until some time after the drug has been on the market.

With Invokana, for example, was approved by the FDA for treatment of type 2 diabetes, but it wasn’t until 2017 that the FDA updated its black box warnings to include Invokana – specifically for the heightened risk of leg and foot amputations.

The updated black box warning was the result of two clinical trials – the Canagliflozin Cardiovascular Assessment Study and A Study of the Effects of Canagliflozin on Renal Endpoints in Adult Participants With Type 2 Diabetes Mellitus – which found leg and foot amputations occurred roughly twice as often among those taking canagliflozin (generic name for Invokana) as compared with those who took the placebo. The first study found Invokana patients had a rate of amputations that equaled about 5.9 of every 1,000 patients, compared to 2.8 of 1,000 for those taking the placebo. Similarly, the second study revealed 7.5 of 1,000 Invokana patients were forced to undergo amputations, compared to 4.2 of every 1,000 taking the placebo.

Most were forced to undergo toe and middle-of-the-foot amputations, though below and above the knee amputations of the leg were also noted. In some instances, patients had to undergo amputation of both limbs.

This was in addition to a warning issued the year previously wherein the FDA alerted doctors and pharmacists to the increased risk of serious kidney injuries, ketoacidosis (increased acid levels in the blood) and bone fractures. Tenderness, sores, ulcers and infections in the legs and feet were primary symptoms of potential problems for Invokana patients.

The black box warnings issued on drugs like Invokana allow manufacturers to keep potentially dangerous drugs in circulation, while still informing of the possibility of negative health consequences. Black box warnings are supposed to help doctors avoid prescribing the medications to those who may suffer the most severe side effects or to monitor closely for them.

Still, these warnings aren’t full proof. One study published by the Journal of the American Medical Association in 2006 found 7 out of 1,000 patients in more than 50 outpatient practices using an electronic health record received prescriptions in violation of black box warnings. Adverse drug events are known to be one of the leading causes of death in the U.S., causing an estimated 100,000 fatalities a year.

As noted in research published by the Food and Drug Law Journal, the classification for black box warnings include drugs for which:

Why Drugs Stay on the Market Even With Black Box Warnings

Although these drugs pose serious risk, the FDA doesn’t typically force them out of the market if there are still many patients for whom the drug’s risks might outweigh the benefits.

For drug manufacturers, the primary motivation appears to be profits. Invokana, for example, costs approximately $460 for 30 pills. Invokamet (which is canagliflozin combined with metformin) and Invokament XR cost $460 for 60 tablets.

Although patients who take drugs like Invokana before a black box warning is issued have a stronger case than those who take it after the label is posted (as we can argue failure to warn), there is still the possibility your Invokana injury lawyer can argue the drug is inherently dangerous and should not have been on the market, regardless of the listed warnings.