An increasing number of physicians are promoting the Mirena IUD, t-shaped medical devices that contain hormones and are inserted into the uterus and prevents pregnancy by thickening cervical mucus, thinning the uterine lining and inhibiting sperm from reaching and fertilizing the egg. However, what patients often aren’t being told are the severe side effects that so many others are reporting and attributing to Mirena. In fact, a number of Mirena lawsuits allege the manufacturer has been negligent in its failure to warn of serious side effects, including most notably a condition called pseudotumor cerebri. 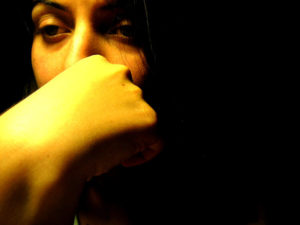 Pseudotumor cerebri is a type of hypertension in your head that dangerously elevates the pressure of cerebrospinal fluid. Researchers studying the issue say women who take Mirena or other forms of birth control that contain the hormone levonorgestrel may be at much higher risk for developing this and other complications.

Recently, the Australian media has been spotlighting some of the dangerous side effects of Mirena, particularly those about which patients had no idea prior to implantation. Further, the causal connection between these side effects and the hormonal birth control sometimes isn’t diagnosed for months or even years.

An in-depth investigation by ABC (a national news service in Australia associated with Getty), examined a flood of complaints regarding hormonal forms of birth control that use levonorgestrel and others in the same Progestogen class (including implants like Nexplanon, which replaced Implanon, that contain etonogestrel). What they found was that:

Additionally, women reported that when they asked their physicians to remove these devices, some physicians tried to convince them otherwise, telling patients certain effects would likely fade as patients’ bodies became more used to the hormones.

Meanwhile, some women who received the Mirena IUD reported constant bleeding and constant cramping lasting more than half a year. Others reported major depression and anxiety, where they had previously never had such issues. Some patients said they suffered unabated nausea and sweats.

Bayer, the manufacturer of the Mirena IUD, released a statement indicating that while the device does have side effects, they mostly outweigh the risks.

Meanwhile, online forums offer support for those who have suffered the ill effects of the Mirena IUD have tens of thousands of members and likes.

The device is used by approximately 2 million women in the U.S.

Pseudotumor cerebri is a less common and less known side effect, but our Mirena IUD injury lawyers in Utah know this dangerous issue has been the primary complaint of more than 1,300 product liability lawsuits here in the states, with a multi-district litigation established in New York. Symptoms range from headaches to blurred vision to blind spots. Some patients suffer for years before realizing the true cause.

Our product liability attorneys are committed to helping Mirena IUD patients recover the compensation they deserve.