More than 1,300 testosterone drug lawsuits were settled following an agreement with plaintiffs and manufacturers, Endo Pharmaceuticals Inc., GlaxoSmithKline LLC and its Auxilium unit, according to Bloomberg News. The lawsuits did not cover cases against AbbVie Inc., the biggest manufacturer of testosterone replacement drugs and the maker of AndroGel. However, it will result in resolution of about 22 percent of the testosterone drug lawsuits pending in a multi-district litigation in a federal court in Chicago. 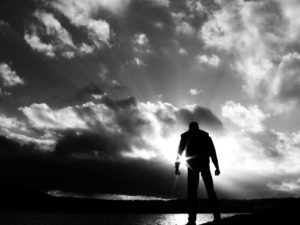 Plaintiffs in these cases allege pharmaceutical companies concealed the dangers of these testosterone-boosting medications in their marketing to middle-aged men.

The terms of the deal (which is tentative) weren’t released, but we do know the male plaintiffs in these cases alleged the drug that was made by Endo and promoted by Glaxo had the potential to cause deadly blood clots. A spokeswoman for the manufacturers said the settlement deal will not require the drug makers to admit any liability or wrongdoing. However, it will result in a payout to those individuals harmed by the drug, including those whose loved ones died while taking the drug.

Our Androgel injury attorneys know that this furthers the trend we have seen increasingly among testosterone therapy drug makers, which involves global settlements aimed at reducing the number of overall claims alleging the drugs were improperly and aggressively marketed and placed patients at unreasonable risk of strokes, heart attacks, deep vein thrombosis and pulmonary embolisms while failing to warn of these perils.

Earlier this year, attorneys for Eli Lilly & Co. told a judge they would resolve several hundred testosterone drug lawsuits. That settlement is being reviewed.

The most recent settlement negotiations involve a drug called Testim, which Glaxo had agreed to help market for more than  year.

As far as Androgel, two trials against AbbVie have resulted in jury verdicts totaling $290 million – one that was $140 million and another that was $150 million. The latter verdict was thrown out and is scheduled for a new trial this month. A third case was decided in favor of the drug manufacturer. Still, the litigation is in the bellwether stage, which means there are only a few representative cases currently moving forward in a multi-district litigation. This is often the case when thousands of plaintiffs sue a product manufacturer for the same kind of wrongdoing leading to similar harms. The MDL judge will oversee and resolve common issues in those cases, and those rulings can later be applied to future cases. The outcome of those bellwether cases are watched closely because they give both injured patients and defendant manufacturers an idea of how future cases will end if they are resolved in trial. Depending on those outcomes, that can lead to massive settlements (like what we’re seeing with Endo) or it can result in numerous plaintiffs dropping their claims.

Bellwether trials for testosterone drug lawsuits are expected to continue throughout this year (including the first for drugmaker Activis, scheduled for August) and will be closely monitored by our dedicated Androgel injury legal team in Salt Lake City.